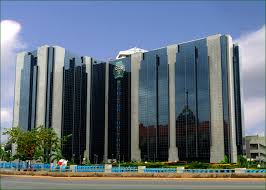 TSA: Lenders Kick As Court Orders Seven Banks To Remit $793.2m To FG-The Federal High Court in Lagos on Thursday requested seven business banks to incidentally transmit a sum of $793.2m professedly covered up by them in contradiction of the Federal Government’s Treasury Single Account approach.

Equity Chuka Obiozor requested the seven banks to transmit the different sums purportedly being kept illicitly in their authority to the assigned Federal Government’s advantage recuperation dollars account domiciled with the Central Bank of Nigeria.

According to court papers filed by the counsel for the Attorney General of the Federation, Prof. Yemi Akinseye-George (SAN), a total of $367.4m was illegally hidden by three government agencies in UBA, while $41m was illegally kept in a NAPIMS fixed deposit account with Skye Bank.

A lawyer from Akinseye-George’s law firm, Vincent Adodo, who deposed to a 15-paragraph affidavit in support of an ex parte application filed by the AGF, stated that the seven banks colluded with Federal Government officials to hide the funds in breach of the TSA policy.

Adodo said the banks had failed to remit the funds to the TSA domiciled in the CBN in violation of the guidelines issued by the Accountant-General of the Federation, which fixed September 15, 2015 as the deadline for such funds to be moved to the TSA.

He said, “The 1st to 7th respondents (banks), in collaboration with and/or collusion with unknown officials of the Federal Government, conspired to disobey the relevant constitutional provisions, thereby depriving the government of the Federal Republic of Nigeria of funds belonging to it, which are needed urgently to fund pressing national projects under the 2017 budget.”

Among the allegedly culpable government agencies is the National Petroleum Developing Company.

Moving the ex parte application on Thursday, Akinseye-George said it would best serve the interest of justice for Justice Obiozor to order the banks to remit the funds to the Federal Government in order to prevent the funds from being moved or dissipated.

“The withheld funds are urgently required for the implementation of the 2017 budget. The budget has a lifespan of 12 months and we are already in the middle of the year. By hiding these funds, the Federal Government is being forced to borrow money from these commercial banks at exorbitant interest rates,” Akinseye-George added.

After listening to the lawyer, Justice Obiozor granted the interim orders.

He directed that the orders should be published in a national newspaper.

He, subsequently, adjourned till August 8, 2017 for anyone interested in the funds to appear before him to show cause why the interim orders should not be made permanent.

In its reaction, UBA Plc said it had paid the Federal Government all the money due to it, saying it did not owe the government agencies mentioned, and that the CBN had cleared it.

Fidelity Bank Plc, on its part, said it did not owe the government $24.5m and that it had contacted the government treasurer to understand what account it was referring to.

In a statement by the Chief Marketing Officer, Brand Management and Communications, Mr., Henry Bassey, Sterling Bank said, “Our attention has been drawn to reports in certain online publications of an order by the Federal High Court sitting in Lagos on Thursday, 20th of July, 2017 mandating Sterling Bank Plc to remit the sum of $46.5m to a designated Federal Government Asset Recovery Account with the Central Bank of Nigeria.

“We wish to state unequivocally that Sterling Bank does not hold any sum in any currency as a deposit from either of these entities.

“We have therefore written formally to the Office of the Accountant-General of the Federation demanding a clarification of this claim and a correction in the interest of the general public.”

However, First Bank, Diamond Bank, Skye Bank and Keystone Bank insinuated that they would respond later.