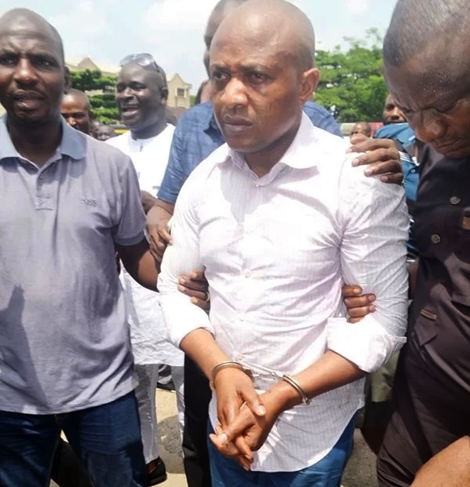 Hearing has been further adjourned till July 27, 2017 in the N300m fundamental rights enforcement suit filed against the Inspector-General of Police by suspected kidnap kingpin, Chukwudumeme Onwuamadike a.k.a. Evans, Punch newspaper reports.

Justice Chuka Obiozor declined entertaining the case on Thursday on the basis that Evans’ lawyer, Mr. Olukoya Ogungbeje, had yet to pay the punitive cost of N20,000 awarded against him at the last adjourned date.

Justice Abdulaziz Anka, who awarded the punitive cost against Ogungbeje on July 13, had said the lawyer would not be given audience in court until he paid the N20,000 to the police.

On Thursday, counsel for the Lagos State Commissioner of Police, Mr. Effiong Asuquo, noted that Ogungbeje gave him a post-dated cheque for N20,000 but he rejected it, saying that was not the order of court.

Justice Obiozor agreed with the police lawyer and directed Ogungbeje to comply with the cost order on the cost awarded against him.

The judge also directed Ogungbeje to ensure service of the application on the Inspector-General of Police in Abuja.

He, subsequently, adjourned the case till July 27.