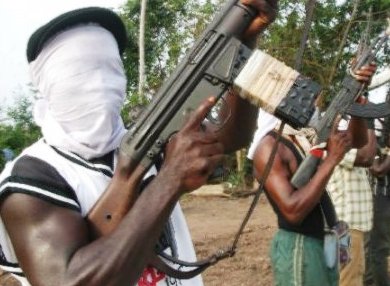 Local residents said on Monday that the gunmen numbering about 10 stormed the village on Saturday and attacked the palace of the village head, Chief Bassey Ikpaisong, who had been injured by gun shots.

A family source, who preferred not to be named, told our correspondent that the village head’s brother, Mr. Fred Ikpaisong, and a youth, Mr. Udotim Essien, were shot and killed at close range.

“Right now, our village head is hospitalised because of the attack and it is not known whether he will survive from the gunshot wounds because right now he cannot talk to people who visited him at the hospital,” a family source said.

The Police Public Relations Officer in the state, DSP Chukwu Ikechukwu, confirmed the incident and said the Divisional Police Officer in-charge of the area has intervened and brought the matter under control.

“When I contacted the DPO, he told me that immediately he heard of the matter, he rushed down with his men and calmed the situation,” he said.

Worried by the situation which has created widespread tensions in the troubled areas of Ukanafun and Etim Ekpo LGAs, the Akwa Ibom State governor, Mr. Udom Emmanuel, has called on the church to wade into the situation.

The governor, who worshipped on Sunday in one of the Qua Iboe Churches within the troubled areas of Ukanafun, solicited for prayers and God’s divine mercies for peace to return to Ukanafun and Etim Ekpo God’s councils.