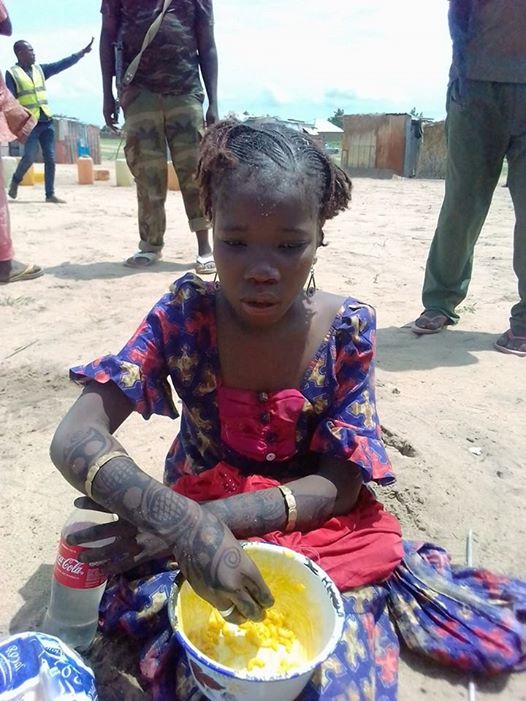 Very Young Female Suicide Bomber Caught by Security Operatives in Borno. An innocent-looking young female suicide bomber has been apprehended by security operatives at an IDP camp in Borno state.

A young female suicide bomber has been apprehended in Konduga Local Government Council of Borno by security operatives in the area.

Satomi Mustapha who lives in Konduga said that the suspected Boko Haram suicide bomber was nabbed by security operatives at an Internally Displaced Persons IDP camp.

It is clear that Boko Haram terrorists are now using innocent girls who might not even know what they are doing to kill people. Those living in Borno state have been urged to be vigilant as such girls are now used for suicide missions.