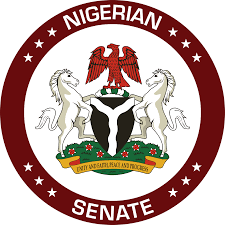 N30trn Fraud At Ports: Senate Gives Those Involved 4 Days To Come Clean-THE Senate, yesterday, gave those it portrayed as “port scheme” that cheated Nigeria of over N30 trillion lately, four days to tell the truth or face indictment.

As per the Senate, the said cash, which can’t be accounted for, is more than four times the nation’s present national spending plan, adding that it was prepared to prosecute all those involved in the scam.

Disclosing this, yesterday, in Abuja during the Public Hearing of the Joint Committee on Customs, Excise and Tariff, Senator Hope Uzodinma (PDP, Imo West) said preliminary findings by the committee into activities of Customs, financial leakages and malpractices in the nation’s ports and revenue system had shown evidence of how “a group of unpatriotic persons brazenly constitute themselves into a cabal to inflict infractions at the nation’s sea ports.

According to him, the infractions have become daily occurrence at the nation’s sea ports, just as he accused commercial banks, shipping companies, terminal owners and operators of conniving with officials of Customs and Nigerian Ports Authority, NPA, to defraud the country in trillions of naira. The infractions come in various forms, beginning with abuse and violation of foreign exchange issued by Central Bank of Nigeria, CBN, incorrect classification and under valuation of vessels coming into the country.

The Senate asked the management of NPA to account for 282 missing vessels and urged the NPA and Customs to explain why they did not collect charges on the vessels and who authorised the release of the vessels from the ports. Senator Uzodinma said:

“The Senate has mandated us to carry out a holistic investigation into the scandalous financial leakages that have become the norm in our ports.

Quite worrisome is the fact that these leakages are costing our dear country trillions of naira in revenue and inversely constitute a clear and present security threat to our nation.

“It is common knowledge that infractions abound in daily transactions at the nation’s sea ports. Commercial banks, shipping companies, terminal owners and operators connive at ease with officials to defraud our dear nation in trillions of naira.”

“Preliminary evidence before us suggests that this is the case in all sea ports. lndeed, initial evidence at our disposal clearly suggests that the port cabal has in recent memory, defrauded the nation of well over N30 trillion.

“It is distressing to note that while our nation is undergoing an exhausting recession, a group of unpatriotic persons, who brazenly constitute themselves into a cabal, is determined to deepen the pains of the nation through very repugnant practices.”

“The Senate, determined to put an end to this villainous assault on the economy of our nation, has now taken the bull by the horn, and set out to get to the bottom of this organised crime, and come up with future proof ways at eradicating this gruesome menace.

“In doing so, we shall be minded by the reality that those who want to bleed the nation to death without remorse. must be dealt with without reprieve. Consequently, all those indicted in this crime will be made to face the full wrath of the law.

Meanwhile, the Senate has given the CBN up to Monday to verify claims of remittances by commercial banks, just as it was, however, disappointed at how Customs has over the years managed the Free Trade Zone, accusing it of allowing the free trade zone to be used for smuggling goods into the country.

Declaring the event open, Senate President, Dr Bukola Saraki, who was represented by Deputy Senate Minority Leader, Emmanuel Bwacha, who asked the committee to do a thorough job, said the Senate intended to use this oversight function to expose corruption and ensure that all the loopholes and leakages in the revenue systems were fully and comprehensively sealed. Saraki said,

“The Senate of the Federal Republic of Nigeria at its sitting on Thursday, 4th May, 2017, mandated the Joint Committee on Customs, Excise & Tariff; and Marine Transport to carry out a holistic investigation into the activities of the Nigeria Customs Service with a View to identifying the financial leakages, malpractices and infractions within the import and export value chain as well as the causes of the declining revenue profile of the Service and come up with recommendations that will reinvigorate the revenue profile of the Nigeria Customs Service.

“A recent report has suggested that trillions of Naira in revenue are lost annually within the import and export value chain as a result of financial leakages caused through various malpractices and infractions within the system.

“These anomalies are perpetrated by various stakeholders such as importers and exporters, authorized dealers, shipping companies, terminal operators, cargo handlers and their collaborators/conspirators such as Custom officials, ports authority officials and other agency officials.

“This Senate intends to use its oversight functions to expose corruption and ensure that all loopholes and leakages in our revenue systems are fully and comprehensively sealed. The 8th National Assembly will not sit idly by and watch things continue to go wrong no matter whose ox is gored. Especially not in the era of economic downturn resulting from declining oil revenue.

“We are determined to reverse these financial leakages to enable us get the much-needed resources to fund our children’s education, health care and fix the potholes on our roads through the budget.

“Therefore, I urge this hearing not to leave any stone unturned to ensure that We incrementally eliminate waste and corruption in the management of our national resources. “Of a truth, this assignment is enormous but we are confident that the committee is composed of eminent personalities who will ensure we put an end to this bleeding of the nation.

The Committee is to do a careful administrative examination to uncover the far reaching manhandled intrinsics in import and fare organizations; which had significantly undermined and hindered the national economy.”