BREAKING NEWS
GMT+1 09:30
Home Metro Female Student Faints After Being Flogged by a Lecturer During Exams in IMSU (Photos) 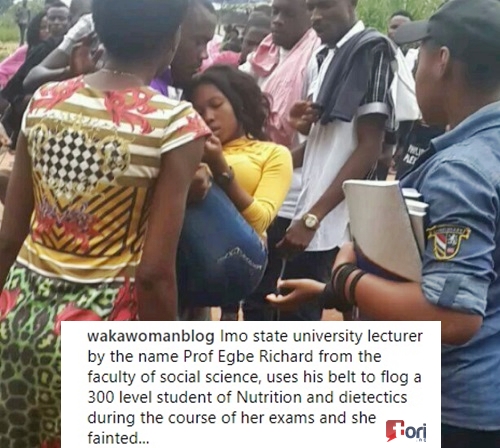 Female Student Faints After Being Flogged by a Lecturer During Exams in IMSU. A which emerged on social media and is currently making the rounds online revealed that a female student fainted after she was allegedly flogged by a lecturer in Imo state.

An Instagram page, @Wakawomanblog, has shared a shocking a video on the social networking platform showing the moment a 300 level Imo State University student reportedly fainted after she was flogged by a lecturer.

Multiple reports had disclosed that the lecturer named Prof Egbe Richard from the Faculty of Social Science allegedly used his belt to flog the student of Nutrition and Dietectics who came for her exams this morning.

Here are photos from the scene and video below; 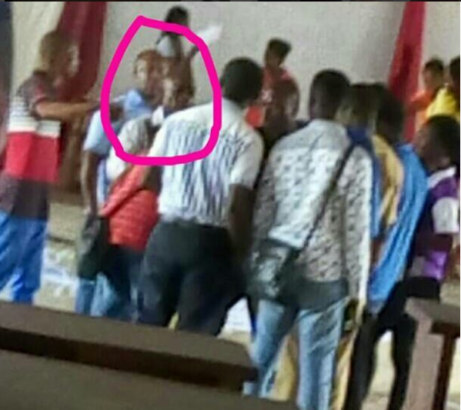 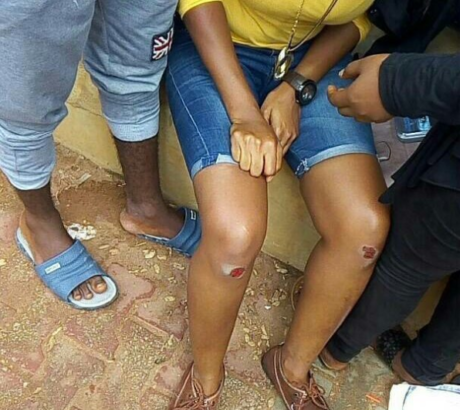 Osinbajo is sick, his nightmare has just started – Fani-Kayode