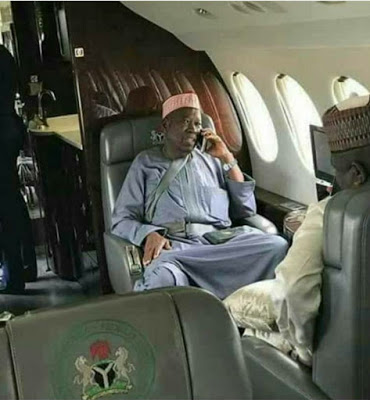 Kano State Government Reacts To Viral Photo Of State Governor’s Wrong Use Of Private Jet Seatbelt. The Director General, Media and Communications at the Kano state government house, Salihu Tanko Yakasi, has reacted to the viral photo of the state governor, Abdullahi Umar Ganduje, “wrongly” wearing his seat belt in a private jet. Many Nigerians on social media yesterday mocked the state governor for using the seat belt on a private jet as though he was in a car.

Tanko this morning released a statement written in Hausa in which he stated that the Governor was wearing the seat belt correctly as some private jets have their seatbelts constructed like that of cars. The statement in Hausa read