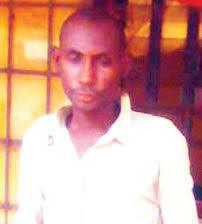 The incident reportedly took place in Iwashi, Dogo of Sarkin Dawaki ward in the Doma Local Government Area of the state.

The commandant of the NSCDC, Mr. Lawal Bashir-Kano, who confirmed the incident to Northern City News on Thursday, said the suspect had been operating an illegal clinic since 2015.

He said, “The suspect was arrested for operating an unregistered, illegal clinic known as Abrason Destiny Clinic.

“Preliminary investigations revealed that the suspect, in 2015, transfused unscreened and infected blood into an unsuspecting patient and in the process caused the patient to be infected with HIV.”

The commandant said the suspected had confessed to the crime, noting that his victim, one Emmanuel Alaku, had tested HIV positive.

Bashir-Kano explained that the suspect would be arraigned in court and be made to face the full wrath of the law to serve as a deterrent to others.

While calling on the members of the public to be wary of fake medical practitioners in the state, he urged them to report such persons to the nearest security agency.

The suspect admitted that he transfused unscreened blood into the boy, adding that that he did not use sterilised equipment.

He added, “I have been operating an illegal clinic since 2015 after I graduated from the School of Health, Keffi, in Keffi Local Government Area of Nasarawa state. My clinic is not registered and I have carried out surgical procedures on people in the state.”

The father of the victim, Mr. Sylvester Alaku, blamed his wife for taking his son to the illegal clinic.