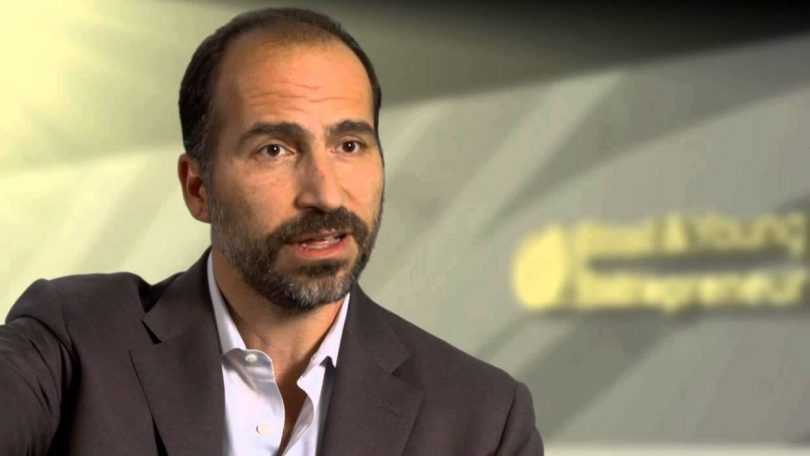 CEO of Expedia Inc. picked as new CEO of Uber

CEO of Expedia Inc. picked as new CEO of Uber

Dara Khosrowshahi, the current CEO of Expedia Inc., has been picked as the CEO of Uber following a turbulent search for a new leader for the ride-hailing giant, multiple outlets reported Sunday night.

As the head of the Seattle-based Expedia, a company with more than 20,000 employees, the 48-year-old Khorsrowshahi oversees what is practically a cottage industry of travel sites owned by the company, including Travelocity, Orbitz, Egencia, Hotwire, and Hotels.com. One other thing he has going for him? He just might be the anti-Travis Kalanick.

Facing pressure from board members, Kalanick stepped down as CEO this summer amid a series of controversies at Uber, including allegations of a culture of rampant sexual harassment, a lawsuit that accuses the company of stealing intellectual property from Google, a Department of Justice investigation into Uber’s aggressive business tactics, and allegations that Kalanick and other top executives attempted to discredit a woman who was raped in an Uber in 2014.

Read more; arch for a new CEO has been roiled by board infighting and a contentious lawsuit from one of Uber’s early, most important investors, Benchmark Capital, which accuses Kalanick of fraud and, if successful, would force the outsted CEO off the board for good.

The other final candidates for Uber’s CEO were reportedly Meg Whitman, the current CEO of Hewlett Packard, who bowed out of the running last month but apparently remained in the race, and Jeff Immelt, the CEO of General Electric, who pulled his name from consideration Sunday.

Unlike Khosrowshahi, neither of those candidates hails directly from the transportation industry.