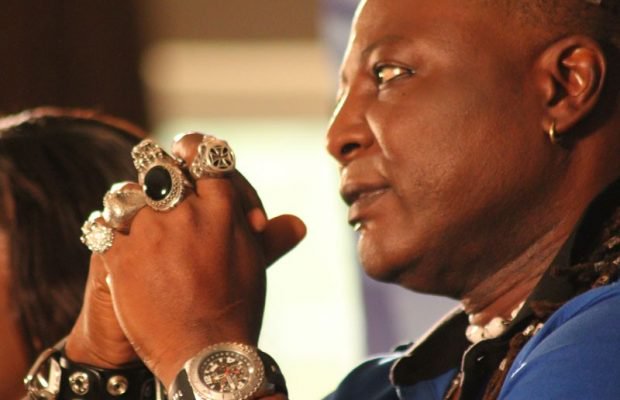 Why young Nigerians must take over power – Charlyboy. Ace music star and activist, Charles Oputa, famously known as Charly Boy, has said young people will have choices to make in 2019 general elections.

Oputa, who prides himself as an Area Father of Frustrated People in Nigeria during his sensitisation walk on the streets of Makurdi yesterday, urged young people to wake up and make desired changes.

He said, “We want to know in 2019 that the youths have choices to make. In 2019, young people can get a Nigerian who can effectively lead the country. Our campaign seeks to bring forth paradigm shift.

“Since independence, we have been plagued with false promises. We have had past leaders saying that the future belongs to the youths but they (leaders) have occupied the space.

“I’m a baby of the early 50s, it is my generation and the generation before me that are responsible for this rot: creating an environment not suitable for young people to grow. I apologise on behalf of my generation. But the young people have to organise and take back their stolen future.”

He viewed the ‘Not Too Young to Run’ bill recently passed by the National Assembly (NASS) as suspicious and perhaps a ploy by NASS members to replace themselves with their relatives after their tenures.

“I don’t know whether the bill was made in favour of the status quo children and their friends to continue to do what they are doing.

“That is why we are encouraging young people to go register and become part of the process. That is why#mumudondo# movement is looking for political groups to stand behind and support them,” he said.