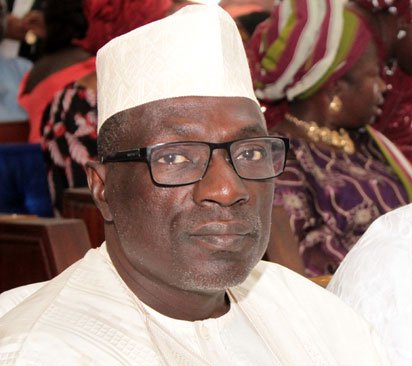 Makarfi talks tough, reveals what he won’t tolerate in PDP. The Chairman of National Caretaker Committee of the Peoples Democratic Party, PDP, Senator Ahmed Makarfi, on Tuesday warned that the party will deal with any member exhibiting acts of indiscipline.

Speaking while inaugurating a 37-member Caretaker Committee for the Anambra chapter of the party in Abuja, Makarfi said the party’s leadership was already witnessing some form of indiscipline from some member.

According to Makarfi, “It is no longer going to be business as usual. What we are saying is that any future act of indiscipline will be immediately dealt with, with appropriate measure.

“We have noticed that and I assure you that without any delay we will take appropriate measure. The Constitution of PDP has stipulated how indiscipline should be addressed.

“Anybody that transgresses and thinks he can act the way he wants will be dealt with. We will no longer allow the party to be abused.”

The former Kaduna State governor noted that the inauguration of the Anambra’s caretaker committee for the party was important following the dissolution of the former parallel executive committees in the state.

He charged the state committee to mobilize enough to effectively restore PDP’s popularity in the state.

“The committee is also to ensure discipline of members in accordance with party’s Constitution to deal with anti-party activities that shall hinder the successful prosecution of the Anambra gubernatorial election,’’ he said.