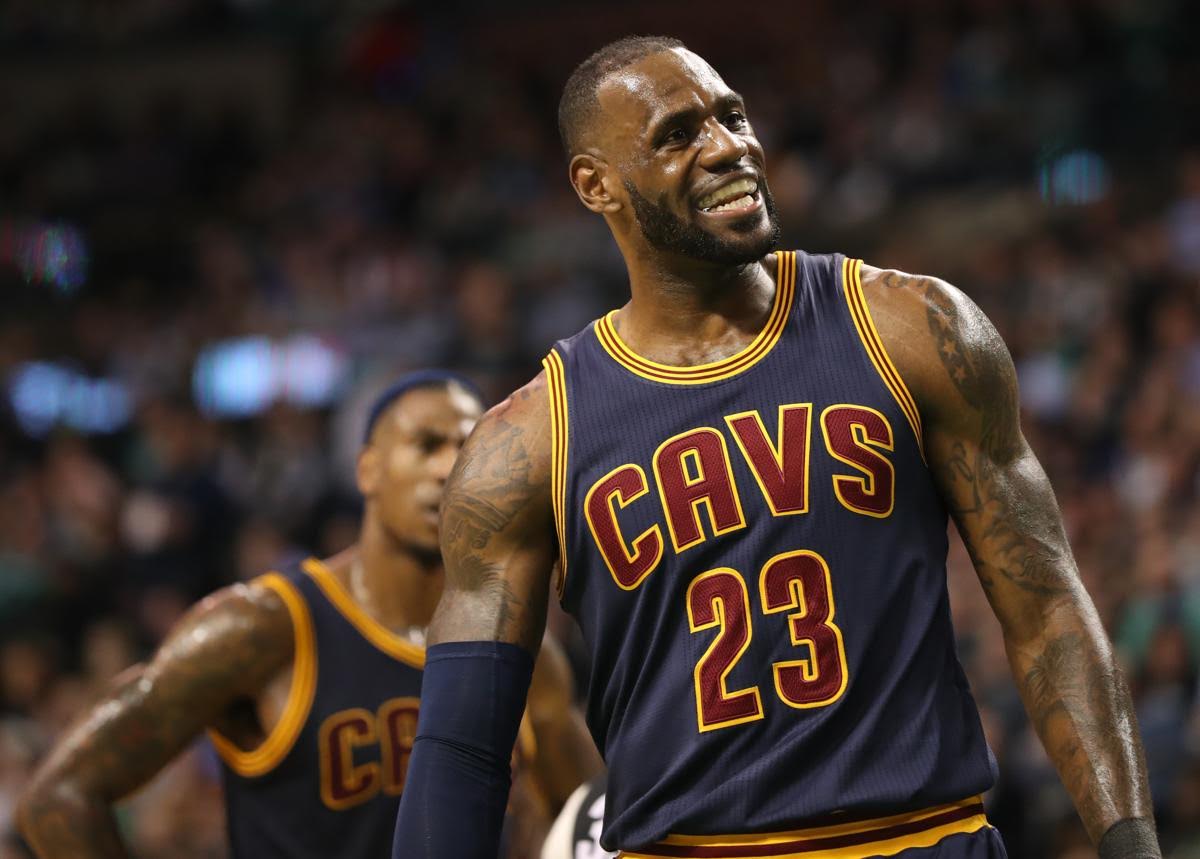 Cleveland Cavaliers star, LeBron James, has moved past Hall of Famer Michael Jordan as the leading scorer in NBA playoff history after helping his team to comfortably beat the Celtics 135-102 to clinch the best-of-seven series 4-1 on Thursday, and set up a third successive championship series against the Golden State Warriors.

James who needed 28 points to surpass Jordan (5,987 points) achieved the milestone which had stood for 19 years, in the third quarter with a three-point jump shot, which put the Cavaliers up by 32 points setting his new mark at of 5.995 points in 212 play-off games, while six-time NBA champion Jordan set his record in 179 games.

On smashing the record, the 32-year-old celebrated by raising his right index finger to signal number one, but quickly retreated to the backcourt to defend as the game continued.

Speaking to reporters after the game, the 32-year-old said: “I think, first of all, I wear the number (23) because of Mike,” he told reporters after finishing the game with 35 points to take his total to 5,995 points.

“I think I fell in love with the game because of Mike, but when you’re growing up and seeing Michael Jordan, it’s almost like a god, so I never did believe I could be Mike.”

“The biggest thing for me sitting here after breaking the all-time scoring record in playoff history, is I did it just being me.

“It’s carried me to this point now and it’s going to carry me for the rest of my career because scoring is not number one on my agenda.”

LeBron James who is no doubt one of best Basketballer in the World has won three NBA championships, four NBA Most Valuable Player Awards, three NBA Finals MVP Awards, two Olympic gold medals, an NBA scoring title among many others.