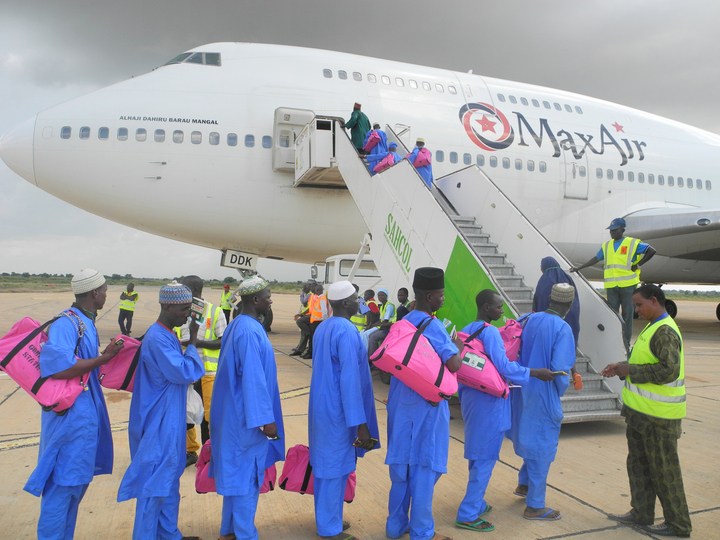 This is to inform the general public that the HAJJ Nigeria 2017 Registration is On for MECCA Pilgrimage. Interested participants should see the Hajj Fares, Requirements and Application Guide as seen on the nigeria hajj commission website – http://www.nigeriahajjcom.gov.ng/.

The National Hajj Commission of Nigeria (NAHCON) has commenced the announcement of the 2017 Hajj fares with a call on relevant bodies to speed up the process of collecting and remitting same to the commission. 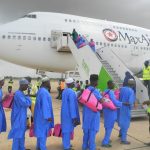 The announcement was made at the ongoing state Muslim Pilgrims’ Welfare boards, agencies and commissions meeting at NAHCON headquarters in Abuja.

At the time of going to press, six states of Nasarawa, Niger, Kaduna, Kano, Adamawa and Yobe had announced their hajj fares to be paid by pilgrims.

An official of the commission however said the packages exclude hadaya (sacrificial ram) fees which has been fixed at N38,000 for this year’s exercise.

The boards are expected to collect the sums and remit same to Jaiz Bank Plc, which is the appointed bank for the collection of the money.

Unlike the practice of uniform fares of the past, the commission’s ongoing reform announced by the Chairman of the commission Abdullahi Mukhtar Mohammed, shows that each of the 36 states of the federation has different fares based on the services to be rendered to pilgrims and local distance millage among other considerations.

The National Hajj Commission of Nigeria (NAHCON) has insisted that it will encourage the promotion of online registration for the 2017 Hajj exercise.

The Chairman/CEO of the Commission, Barr. Abdullahi Mukthar Muhammad, MON, FCIA, restated this while declaring open the collaborative partnership between the Commission, the Pakistani’s Punjab Information Technology Board (PITB) and states IT personnel in Abuja.

In his welcome address, Barr. Abdullahi said the role of information Technology in modern day Hajj management cannot be over emphasized, stressing “IT has become a reality today. It has become part and parcel of Hajj management in many other places and Nigeria cannot be in isolation.”

“If we have a robust Hajj platform, it would not only be useful for Nigeria alone, but our brother countries in the West African sub-region would also benefit,” he added.

Barr. Abdullahi therefore enjoined the participants to utilize the interactive session to come up with a robust IT platform that will be deployed for the 2017 Hajj, particularly the one that will enhance transparent registration and restored intending pilgrims’ confidence in Hajj administration.

The NAHCON boss further charged the participants to conceive a module for registration and a HelpLine Desk within the period, while also working towards developing other platform to administer medical services and Hajj Savings and investment Scheme.

The Chairman however expressed appreciation to the Punjab Team, the Pakistani Hajj Mission and the Ministry of Foreign Affairs for facilitating the bilateral relationship which he said not only demonstrated the commitment of the two countries, but also contributed to the success of the engagement. “we are very pleased that you are using your talent to support your brotherly country, and divine cause.”

Barr. Abdullahi, who described the epoch-making events as divinely solidified as the concept was started informally at a meeting between him and his Pakistani counterpart during the 2016 Hajj.

The NAHCON boss also praised the Saudi Arabia authorities for the introduction and implementation of Information Technology for Hajj which he said had contributed to the success of Hajj organization and management globally through the e-track system.

In her response, the PITB team leader, Sister Saima R. Shaikh who is also the Director Training and Development, expressed her delight for the opportunity to assist the Commission in her quest for IT development.

According to her, I’m really happy to be here and it is an opportunity to assist Nigeria in a good cause,” she however cautioned that like any new thing, concerns and reservation would be made on some few challenging areas, but I can assure you that gradually the people who initially show resistant would come to appreciate you and the concept.

Sister Saima further pledged to continue to work closely with the Commission to achieve its ambition.

It would be recalled that the NAHCON and executive and the Pakistani Hajj Mission at a meeting in Makkah, Saudi Arabia in October agreed to explore and arrange a meeting to develop on Hajj management Information Technology  System for the online registration of 2017 intending pilgrims.