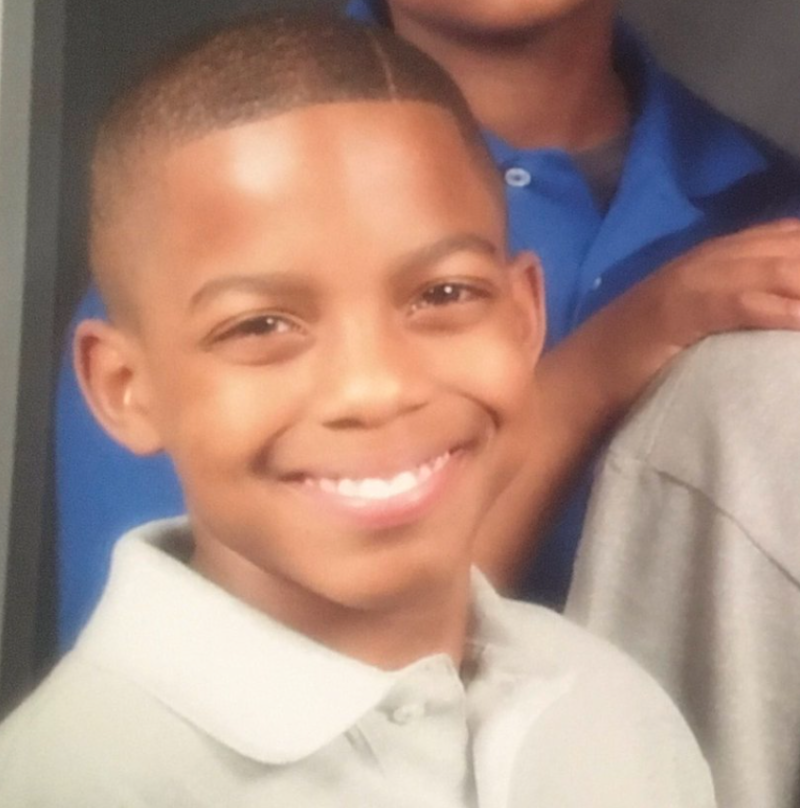 Another day, another black child has been gunned down by a trigger-happy police officer; another community enraged and another family in pain.

This time, his name was Jordan Edwards. He was only 15-years-old.

According to Attorney S. Lee Merritt, legal counsel for Edwards’ family, the teen was leaving a party Saturday night with friends after hearing gunshots. He was struck by the officer’s bullet through the passenger side window of the vehicle in which he was traveling.

Balch Springs police Chief Jonathan Haber said officers heard gunshots as they were responding to a call of drunken teens about 11 p.m. in the 12300 block of Baron Drive.

During an altercation, the vehicle backed down the road toward officers “in an aggressive manner,” Haber said. An officer fired at the vehicle and struck a passenger, who was then transported to the hospital and pronounced dead, Balch Springs police said in a prepared statement.

Haber said he did not have any information about whether weapons were found in the vehicle.

According to Merritt, Edwards and his friends were not the allegedly intoxicated teens that police officers were allegedly called to control.

But it didn’t matter to the Balch Springs police officers who clearly felt perfectly comfortable shooting into a car full of children. The four teens that survived the fatal encounter—including Edwards’ 16-year-old brother who, according to Merritt, was behind the wheel—were not charged.

“They were simply leaving a party where they believed danger was,” said Merritt to CBS-DFW. “So I can’t wrap my mind around why an officer decided to shoot into the car.”

Edwards was an honor roll freshman at Mesquite High School. His family is demanding justice, including that the police officer who killed their child be fired.

According to CBS-DFW, “Officers in Balch Springs say they will conduct their own internal affairs investigation, but it’s the Dallas County Sheriff’s Department that will take the lead in investigating the officer-involved shooting.”

Per usual, the cop who pulled the trigger is being allowed to hide behind his badge and gun, and has not been identified.

Be clear: There is not a white teenager in this country that has to fear being killed by police because they happened to be at a party where other teens were allegedly drinking.

This beautiful child should not be dead.

And his killer should not be free.