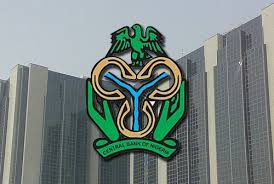 The International Monetary Fund (IMF), one of the Bretton Woods monetary institutions with a focus on global economy, has advised the Central Bank of Nigeria (CBN) against continuous interventions in the country’s move to address her infrastructural challenges.

The advice by the IMF, which just concluded her Article IV Consultation (country’s economic policies review), is based on the argument that continuous intervention (spending outside government’s budgetary provisions) is encouraging a lot of laxity and indiscipline in fiscal administration of the country thus exposing the economy to a lot of vulnerabilities.

Led by its Senior Resident Representative and Mission Chief for Nigeria, Amine Mati, the IMF team was in the country from July 20 to 31, 2017 to discuss recent economic and financial developments, update macroeconomic projections, and review reform implementation.

It would be recalled that the CBN at the moment is intervening in spending in several sectors, including agriculture financing, power sector resuscitation, textile industry as well as education where huge funds are being deployed to provide solutions the government seems unable to handle.

At the end of the visit, Mati, in a statement advised the CBN against the practice, saying it was not only unsustainable, but a disservice to the Nigerian economy.

The team commended the CBN for its continued tight monetary stance but warned it against her overbearing dominance at the forex exchange market through her intervention as well as intervention in financing government projects outside budgetary provisions.

“Acting on an appropriate and coherent set of policies to enhance an economic recovery remains urgent. This includes implementing immediately specific priorities that will help achieve the goals of the ERGP. In the near term, a stronger push for front-loaded fiscal consolidation through a sustainable increase in non-oil revenues would be needed to create space for infrastructure spending, social protection, and private sector credit.

“This should be simultaneously accompanied by a monetary policy that avoids direct financing of the government and is kept sufficiently tight, a unified and market-based exchange rate, and rapid implementation of structural reforms. Pursuing these policies would help reduce macroeconomic vulnerabilities and create an environment for a diversified private-sector led economy,” IMF said.

The global body observed that the backdrop of the Nigerian economy remains challenging despite some signs of relief in the first half of 2017, and pointed out that the high interest rate incentive for domestic debt investors is crowding out the private sector in the debt market.

It stated: “Economic activity contracted in the first quarter of the year by 0.6 per cent, mainly as maintenance stoppages reduced oil production. However, following four quarters of negative growth, the non-oil economy grew by 0.6 per cent (year-on-year), on the back of a rebound in manufacturing and continued strong performance in agriculture. Various indicators suggest an uptick in activity in the second quarter of the year. Helped by favourable base effects, headline inflation decreased to 16.1 per cent in June 2017, but remains high despite tight liquidity conditions.

“Preliminary data for the first half of the year indicate significant revenue shortfalls, with the interest-payments to revenue ratio remaining high (40 per cent at end-June) and projected to increase further under current policies. High domestic bond yields and tight liquidity continue to crowd out private sector credit. Given Nigeria’s low growth environment and the banking system’s exposure to the oil and gas sector, non-performing loans increased from 6 per cent in 2015 to 15 percent in March 2017 (eight per cent after excluding the four undercapitalized banks).

“Faced with these challenges, the government has started implementing a number of important measures. The Economic Recovery and Growth Plan (ERGP) is driving the diversification strategy, and security in the Niger Delta improved through strengthened engagement.”

According to IMF, “The new Investor and Exporter FX window has provided impetus to portfolio inflows, helped increase reserves above $30 billion, and contributed to reducing the parallel market premium. Important steps have also been taken in implementing the power sector recovery plan, introducing a voluntary income and asset declaration programme and moving forward the 60-day national action plan to improve the business environment. Progress is also ongoing within the oil and energy sector through the implementation of a new funding mechanism for cash calls.”

The body noted that “near-term vulnerabilities and risks to economic recovery and macroeconomic and financial stability, however, remain elevated. At 0.8 per cent, growth in 2017 will not be sufficient to make a dent in reducing unemployment and poverty.

A frontline economist, Bismarck Rewane, said the group was on point with unemployment projection because the average growth rate of population is far higher than that of the economic growth.

According to him, policies are not basically the problem, but implementation, as spotted by the group, especially in a situation where the citizens have had a series of expectation crises.

“We do not expect much of the growth given the interest rate regime, which has affected the growth of credit and businesses. But the good news is that we are headed towards a positive area,” he said.

An analyst with Cyprus-based FXTM, Lukman Otunuga, agreed that Nigeria’s recovery is slow and steady, but with the macro-fundamentals gradually stabilising, particularly the inflation rate now at 16.1 per cent, there is hope.

“I remain optimistic over Nigeria resurging from an economic meltdown and eventually breaking away from its dependence on oil, but there are still external risks which could present headwinds on the road to recovery.

“The fiscal side remains a grey area with the nation’s long-running infrastructure problems compounding its woes. With the overall projected fiscal deficit tagged at N2.36 trillion, one can only hope that the approved budget offers a helping hand to the nation.

“Rectifying these issues has the ability to not only create jobs but support economic growth and boost investor confidence,” he said.