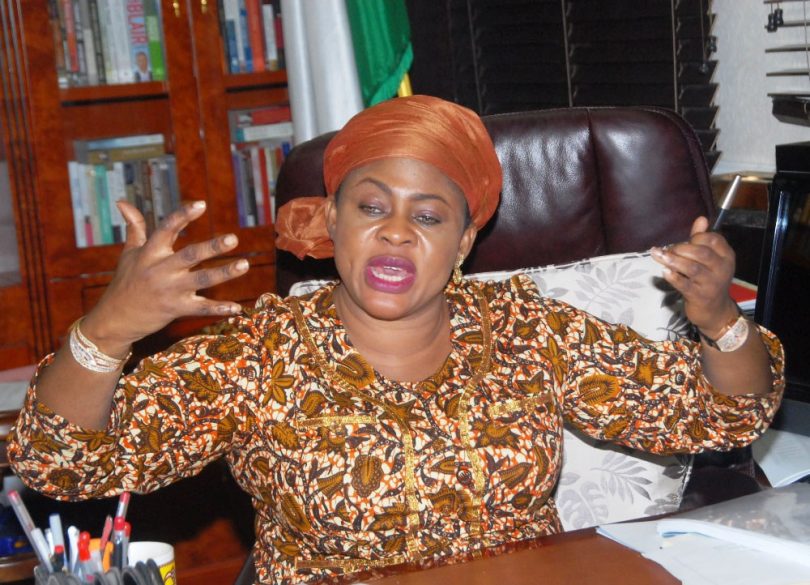 Senator Stella Oduah, one of the Peoples Democratic Party (PDP) governorship aspirants in Anambra, said she made good on her threat to withdraw from the party’s primary because candidates were imposed.

Oduah made this known in a telephone interview with newsmen in Abuja on Monday.

She described the development as unacceptable, especially since the party was only now trying to find its footing on the back of a major leadership crisis.

Oduah stated that some people who were not part of the struggle during the crisis period were suddenly imposed on party members.

She said, “There must be incentive for loyalty. Party loyalists must have a say.

“When you deny their participation, you deny them that incentive they get from being the torchbearers of the party. So, I think it’s morally wrong for this to happen.

“Secondly, we are just coming out from `godfatherism’ that pervades the politics of Anambra PDP.

“Thank God for court judgment but with what is happening, they are bringing us back to that era where we will be subjected to one man imposing a candidate on us.

“The fundamental process that led to the three-man delegates was so chaotic and the default was so fundamental.

“My people were disenfranchised and I don’t want to be part of that process because it is injustice.

“When you have imposition, you have blocked that hope for them.

“You have made it difficult and impossible for them to aspire to be anything within the party because you are telling them that you can bring somebody from anywhere to impose on them.

“Also, bringing somebody from outside the party and who has not stayed for long, it means that you are saying that you lack capacity within party members.

“But I don’t think we lack capacity, I think PDP has enough capacity to run for that election’’.

The lawmaker also expressed her concern that the development could lead to the party’s defeat in the forthcoming governorship election in the state.

Oduah had earlier threatened to withdraw from Monday’s primary on grounds that the party’s ward congresses were fraught with “irregularities and sabotage’’.

She disclosed that she had petitioned the Chairman, PDP National Caretaker Committee, Ahmed Makarfi, for a review of the delegates’ list, failure of which would force her withdrawal from the exercise.