BREAKING NEWS
GMT+1 09:29
Home News Donald Trump says he will close down the US government if necessary to build his wall along the Mexico border 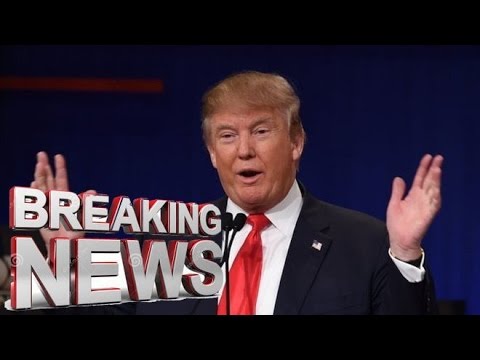 The president told supporters at a “Make America Great Again” rally in Phoenix, Arizona, that the opposition Democrats were being “obstructionist”.

During the 80-minute speech, he also took aim at the media, blaming them for giving far right groups “a platform”.

But he selectively quoted his initial response to violence at a far-right rally that left one woman dead.

He omitted the much-criticised claim that “many sides” had to shoulder the blame for violence in Charlottesville, Virginia.

What did he say about the wall?

President Trump wants Congress to finance his controversial plan to build a “big, beautiful” wall along the United States’ border with Mexico to keep out illegal immigrants.

But Republicans will need the support of Democrats to secure funding for the wall in a government spending bill, which they are unlikely to get.

In his speech, Mr Trump said the Democrats were “putting all of America’s safety at risk” by opposing the wall. He said immigration officers who worked in the area said it was “vital” to stem the flow of illegal immigrants.

He said that, if it came to it, he would risk a government shutdown – which is what happens when legislation funding the federal government cannot be passed by Congress and non-essential services stop. This will happen on 1 October if a bill cannot be agreed.

“Now the obstructionist Democrats would like us not to do it, but believe me if we have to close down our government, we are building that wall,” Mr Trump said, adding that “the American people voted for immigration control”.

What did he say about Charlottesville?

President Trump attacked the media in the campaign-style speech, saying reporters had misrepresented his “perfect” words in the wake of the violence in Charlottesville, where Heather Heyer was killed after a car ploughed into a crowd of people protesting against far-right demonstrators including neo-Nazis.

He accused “truly dishonest people in the media and the fake media” of “trying to take away our history and heritage” because, he said, they “don’t like our country”.

He quoted his first public response to the violence on 12 August, which was criticised by both Republicans and Democrats for not explicitly condemning the far-right.

“This is what I said on Saturday: ‘We’re closely following the terrible events unfolding in Charlottesville, Virginia,’ – this is me speaking. ‘We condemn in the strongest possible terms this egregious display of hatred, bigotry and violence.’ That’s me speaking on Saturday, right after the event,” he said.

But his full quote was: “We condemn in the strongest possible terms this egregious display of hatred, bigotry and violence on many sides, on many sides.”

What other topics came up?

What has the reaction been?

While Mr Trump’s comments were met with cheers inside the conference centre, anti-Trump protesters who had gathered outside the rally clashed with police after the rally had finished.