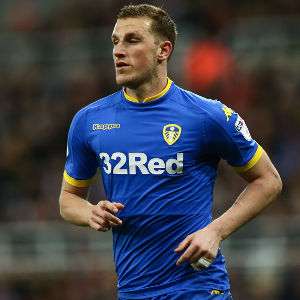 The New Zealand international striker, who scored 27 goals in the second tier Championship last season, is reported to have cost Burnley more than £15 million plus additional payments. The club did not disclose the fee.

Burnley this month sold forward Andre Gray to Watford for a fee reported to be around £18 million and Wood will likely compete with Wales international Sam Vokes for the central striker role in Sean Dyche’s team.

The 25-year-old target man joined Leeds from Leicester City in 2015, having also previously been at West Bromwich Albion. He scored 44 goals in 88 games for Leeds.

Although Wood was briefly part of Premier League squads at West Brom and Leicester, having helped both win promotion from the Championship, he says he is hungry for the chance to play more in the top tier.

“My ambition has been to play in the Premier League for years,” Wood told Burnley’s official website.

“I’ve had tastes of being in there but I’ve never had the chance to give it a proper bash.

“Coming here I feel I’ve got a proper opportunity to do that. I’ve never started a Premier League game and this what I want to do.

Burnley were promoted back into the top flight in 2016 and finished 16th. They beat Chelsea away on the opening day of this campaign but lost 1-0 at home to West Brom on Saturday.

Wood, who played for New Zealand in the 2010 World Cup in South Africa as an 18-year-old, has scored 20 goals in 52 appearances for the All Whites.