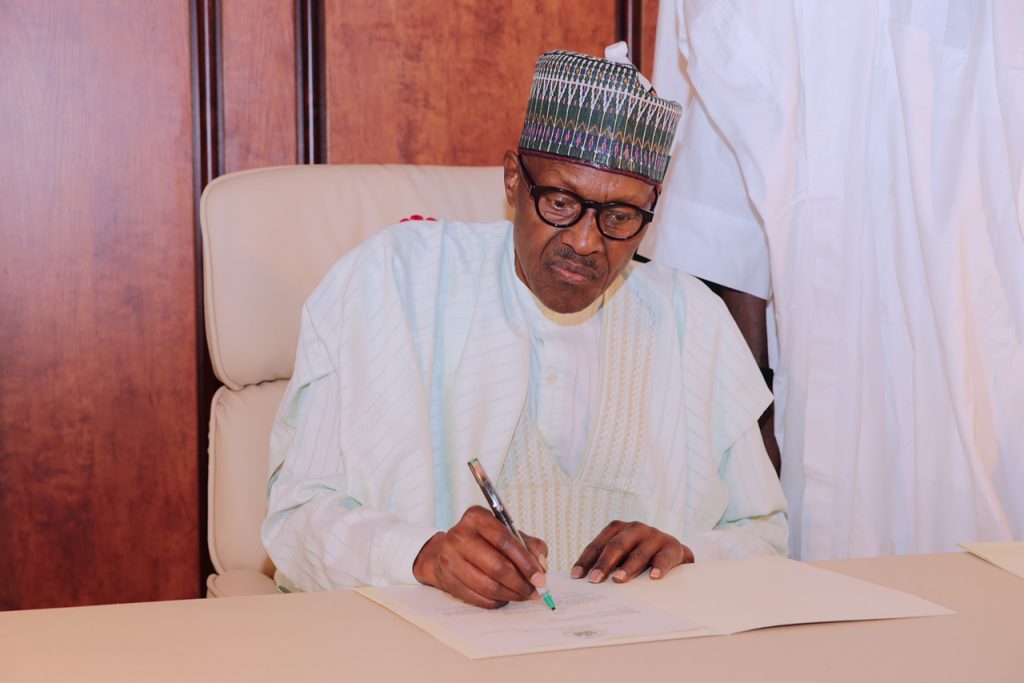 Buhari’s August speech may not heal Nigeria, After a 103-day absence from the country on medical vacation, a stretch of time on foreign soil unprecedented for a Nigerian leader, and one which generated much furore over lack of transparency and accountability, President buhari finally return to the country on Sunday with an announcement by his team of a Monday national broadcast.

Given the length of his absence, the deafening silence despite loud calls for an address, the string of controversies surrounding the management of his health over non-disclosure on important questions like the nature of the illness and the cost of the treatment, a resurgent Boko Haram and general security issues, the rising tensions in the country over fractious ethnic relations stemming from raw and red-hot ethnic agitations, as well as the recently embarked-upon Academic Staff Union of Universities (ASUU) strike, many had viewed the announced broadcast as a unique opportunity for the president to finally meaningfully address these nagging questions.

How did the president fare? Here are three reasons why Buhari’s speech fell short of expectations:

On his health, defiant non-disclosure persists

A sore point over the president’s medical vacation was the inexplicable secrecy over the actual illness and the cost of the treatment. As a public servant, the number one at that, many had concluded that it was a no-brainer for the president to, in keeping with the spirit of the law and the principles of transparency and accountability, at the very least disclose the nature of his illness that as a measure of its seriousness, forced him out of office on separate occasions and warranted a controversial lengthy stay abroad, as well as his health care’s financial cost to the nation.

Despite countless calls for disclosure by Nigerians from different quarters, the president and his team maintained iron-clad secrecy throughout. As demands continued, highlighted by the recent #ResumeorResign protests, the presidency resorted instead to both verbal and physical attacks, raising serious concerns about threats to fundamental rights to free speech and assembly, and calling to question the government’s much-touted guiding principle of due process.

Many had expected Buhari to provide some disclosure on his health accompanied by some sort of apology for the needless secrecy and the unfair treatment of protesters, as a demonstration of his appreciation of the exalted place of the citizen in all matters of public importance. The president missed the opportunity to be sensitive to the people he leads and ended up appearing tone-deaf, all but justifying the long-held conclusions of many about him.

The bully stance and an unpopular ‘red line’

Many have advised that the best way to address the growing ethnic agitations in the country, mostly over restructuring and secession, is adopting the conciliatory and constructive approach.

While only perfunctorily noting that there were legitimate grievances behind the agitations, and going ahead to offer the tired and now-tepid advice of taking pressing grievances to the National Assembly which only recently failed to pass related amendments and the mostly advisory National Council of State, a move usually interpreted as the convenient excuse to avoid confronting hard questions, the president largely took the all-too-familiar bully approach, threatening to exert state might on “political mischief makers” and drawing a red line against the important debate surrounding the question of Nigeria’s divisibility.

The question of Nigeria’s divisibility is one that has been hotly debated since the country gained independence in 1960. Many eminent scholars, prominent leaders and respected citizens have argued that it is a legitimate debate that must be held freely and openly with official sanction, if true unity must be achieved. They have maintained that, given Nigeria’s creation via British coercion, a need persisted to honestly and comprehensively address the divisive issues within the country and define the destiny of the nation once and for all.

To dismiss these perspectives and label their purveyors wholesale as “irresponsible elements”, while also lumping together peaceful and violent advocates, the president demonstrated a lack of the dexterity that such a delicate and sensitive matter demands.

Many believe that, given the intensity of the agitations and the deepening divide among certain ethnic groups with threats and counter-threats of violence being bandied, the nation is in desperate need of healing spearheaded by a leader with the political adroitness to manage complex conflict points and the temperament to steady the ship. President Buhari needs to rise to the occasion!

On the welfare of Nigerians, an uncomfortable non-specificity

As the nation continues to grapple with serious socio-economic challenges like the ongoing scourge of Lassa fever that has claimed the lives of Nigerians across different states with threat levels still high, and the ongoing ASUU strike that has disrupted the educational pursuit of millions of Nigerian youths, many had expected the president to display sensitivity and awareness by commenting on these issues.

For someone who claimed to have maintained regular contact with the country and kept tabs on the issues throughout his absence, the president displayed shocking detachment and a lack of grasp of rounded prevailing reality. Many will be disappointed that the president did not even as much as mention these issues given their seriousness and currency.

Many will recall how then-candidate Buhari expressed his deep vexation with the Jonathan administration over their decision to hold a national conference while ASUU strike persisted, a development he claimed informed his rejection of the entire idea behind that national conference which continues to this day, and be surprised that an issue deemed of utmost priority to him would be so ignored in an all-important national broadcast.

President Buhari must quickly address these misses and get to work immediately as the country yearns for genuine, sensitive and decisive leadership.