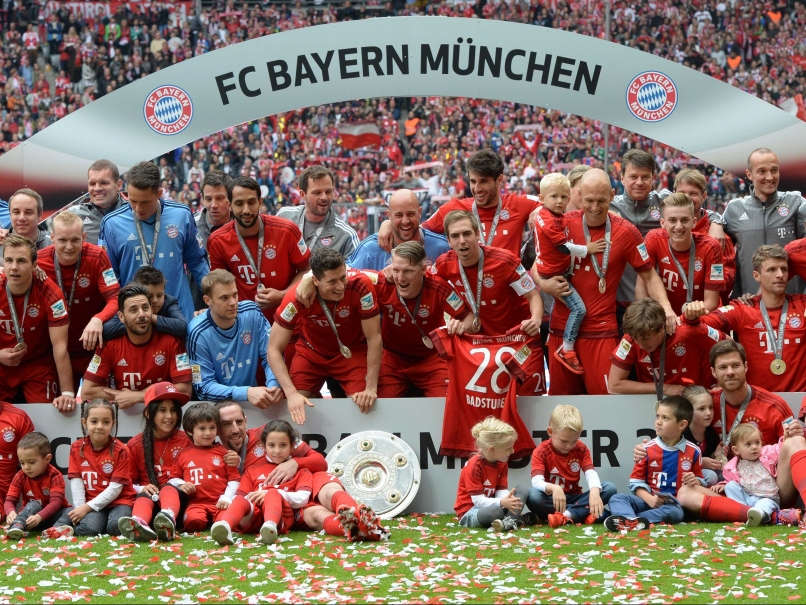 Five things we learnt in the Bundesliga

bundesliga continues Here are five things we learnt from the first weekend of the new German league season:

Dortmund flew out of the blocks by crushing Wolfsburg 3-0, the biggest win of the opening weekend, with Christian Pulisic scoring and creating a goal after taking Dembele’s place on the right wing.

Dortmund suspended the want-away winger after he boycotted training on August 10 after an initial bid was rejected from Barcelona, who want him to replace Neymar.

Dembele is back in France and Dortmund sparkled as World Cup-winner Mario Goetze returned from seven months out with a metabolism disorder to set up Pulisic’s goal while Marc Bartra and Pierre-Emerick Aubameyang also netted.

Dortmund’s CEO Hans-Joachim Watzke accuses Barcelona of manipulating the player and says Dembele will only be sold if Barcelona meet the asking price — reportedly 130 million euros ($152m) — “We will not negotiate”.

Defending champions Bayern opened the new season with a 3-1 win over Bayer Leverkusen, who managed 20 shots on goal compared to the hosts 13 at the Allianz Arena.

Niklas Suele and Corentin Tolisso scored on their league debuts and Robert Lewandowski converted a penalty after an historic intervention from the first video assistant referee.

But Admir Mehmedi’s consolation came during a period when Leverkusen battered Bayern’s goal.

“We were lucky Leverkusen didn’t get closer to us,” admitted forward Thomas Mueller.

Bayern want a better display at Werder Bremen on Saturday before the international break.

However, they got their 2017/18 Bundesliga season off to a bad start by crashing 2-0 at Schalke on Saturday in a poor team display.

Playmaker Emil Forsberg played only the second half after recovering from a chest infection and Leipzig’s Germany striker Timo Werner had just 26 touchers over 90 minutes — nine fewer than his goalkeeper.

Leipzig face a week of truth in October after drawing Bayern at home in the second-round of the German Cup on either 24 or 25 — then play the league champions again in Munich in the Bundesliga the following weekend.

After 833 days away, Ghana midfielder Kevin-Prince Boateng returned to the Bundesliga on Sunday, coming off the bench at Freiburg just two days after signing a three-year deal with Eintracht Frankfurt.

His entrance in the 67th minute was greeted by a chorus of whistles from Freiburg fans, but he made an impact, testing the hosts’ goalkeeper with a header.

“It’s still very early, I need a little more time to get to know everyone here,” the 30-year-old Boateng told Sky.

‘The Prince’ carries a bad-boy reputation having been kicked out of the Schalke squad in May 2015 for being a “disruptive influence”, but has a wealth of experience after also playing for Hertha Berlin and Dortmund.

Nicolai Mueller is struggling to get his head around the torn knee ligament which will sideline him for seven months — and came from celebrating scoring Hamburg’s winner.

The 29-year-old twirled repeatedly after scoring just eight minutes into the 1-0 home win over Augsburg in an elaborate ‘helicopter’ celebration, which twisted his knee.

“My family is giving me great support, but at the moment there is no cheering me up,” Mueller glumly told German daily Bild.

“I was really unlucky that my right leg slipped during the ‘helicopter celebration’ – it’s so stupid.”