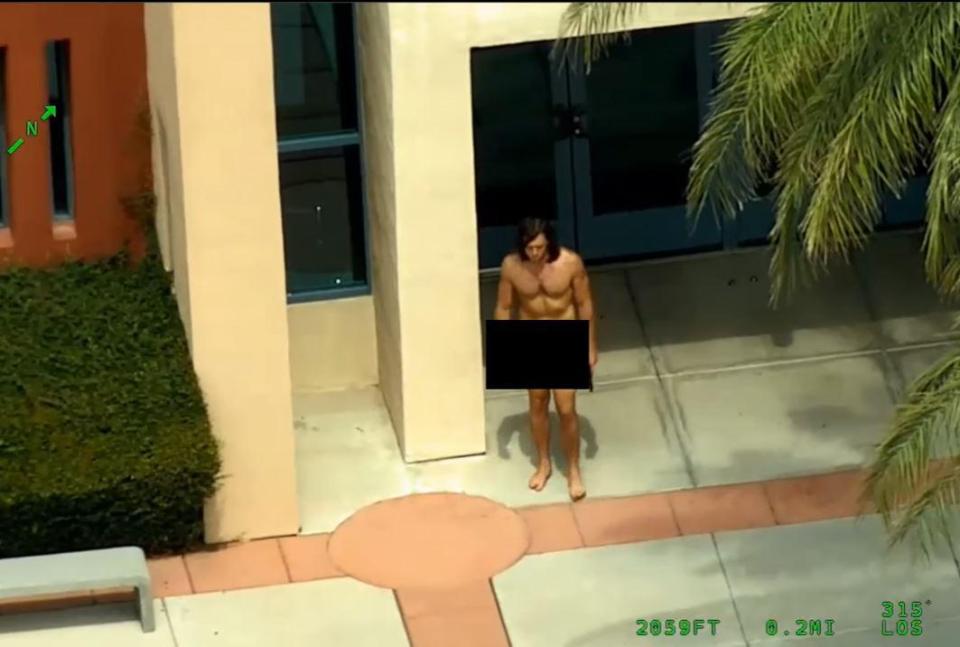 A n*ked arm armed with a pistol has been shot by cops during a standoff outside a church filled with terrified kids.

According to The Sun UK, the man identified as Jason Funke, 25, was hit in the shoulder as he ran away from officers towards a gun he left on the ground a minute earlier, police have said.

Emergency services were called to the church at 11.01am on Saturday to reports of a person with a gun – possibly threatening to commit suicide.

Helicopter footage shows a n*ked man sat on the ground outside the church with what appears to be a handgun next to him.

As cops close in footage shows the man pick up the suspected firearm and walk from an alcove towards the centre of the car park.

After officers shout the naked man drops the weapon and puts his hands on his head before walking towards a canine officer holding a dog by its collar.

But, when the man was 10ft away from the cop he turns and appears to run back towards the suspected firearm he had left on the ground.

The canine cop let his dog go but instead of chasing the suspect the mutt bit the belt of its handler’s colleague.

As Funke approached the gun another cop fired one round hitting him in the shoulder, police have revealed.

The suspect has been charged with possession of a dangerous weapon at a school and indecent exposure, Mr Fasulo said.

Funke is in hospital in a stable condition.

Police reported that he had a history of depression. 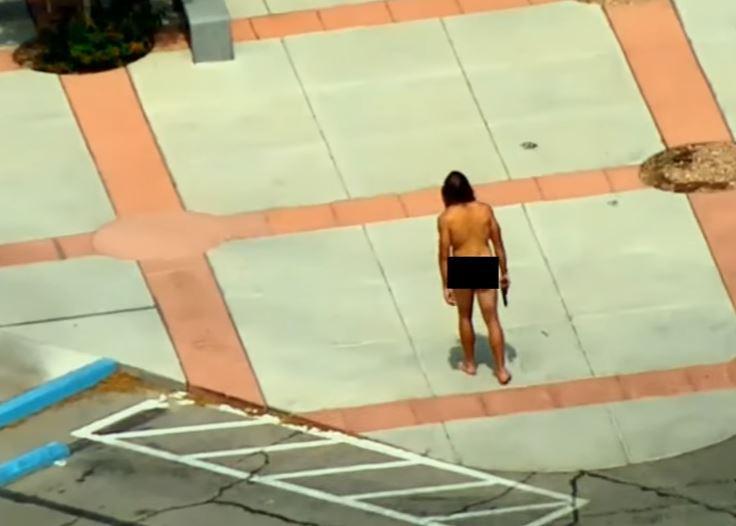